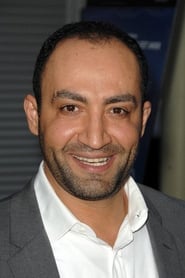 ​From Wikipedia, the free encyclopedia.   Peter Macdissi is an actor who was born in Beirut, Lebanon. His filmography consists mostly of television work, most notably playing long-time recurring character Olivier Castro-Staal on Alan Ball's hit HBO series Six Feet Under. In 2007 and in 2008, he was seen in Towelhead, a feature film which was written and directed by Alan Ball. The film was based upon the novel of the same name by Alicia Erian. Description above from the Wikipedia article Peter Macdissi, licensed under CC-BY-SA, full list of contributors on Wikipedia.