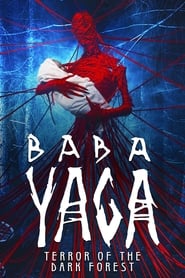 The young family who moved to a new apartment on the outskirts of the city. The nanny hired by them for the newborn daughter quickly gained confidence. However, the older boy, Egor, talks about the frightening behavior of a woman, but his parents do not believe him. The surveillance cameras installed by the father for comfort only confirm everything is in order. Then one day, Egor, returning home, finds no trace of either the nanny or the little sister, and the parents are in a strange trance and do not even remember that they had a daughter. Then Egor, together with his friends, goes in search, during which it turns out that the nanny is an ancient Slavic demon, popularly known as Baba Yaga.