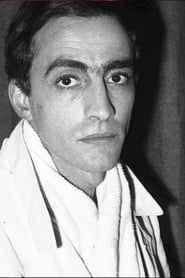 Walter Reyno (13 February 1935 – 3 December 2014) was a Uruguayan actor and theater director. He was known for his roles in 25 Watts and El aura. Reyno was born in Montevideo, Uruguay and died there from respiratory failure, aged 79.[ Description above from the Wikipedia article Walter Reyno, licensed under CC-BY-SA, full list of contributors on Wikipedia.