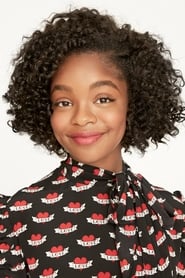 Marsai Martin (born August 14, 2004) is an American child actress and singer. She is known for her role as Diane Johnson in the ABC comedy series Black-ish. She is set to star and executive-produce the Universal Pictures comedy film Little, based on her idea.