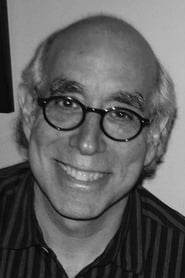 Born and raised in Brooklyn, New York, J. M. DeMatteis was a professional musician and rock music journalist before entering the comic book field. DeMatteis has written almost all of the major DC and Marvel icons — including memorable runs on Spider-Man (his classic 'Kraven’s Last Hunt' was voted number one in a 2012 Comic Book Resources poll of Spider-Man stories and number twelve in a 2017 CBR poll of the greatest comic book stories of all time. The Hollywood Reporter called KLH 'perhaps the greatest Spider-Man standalone story' and Justice League winning DeMatteis and his collaborators, Keith Giffen and Kevin Maguire, comics’ highest honor, the Eisner Award. But his greatest acclaim has come for sophisticated original graphic novels like Seekers Into The Mystery, Blood: A Tale, The Last One, and Mercy. The autobiographical Brooklyn Dreams was picked by the ALA as one of the Ten Best Graphic Novels and Booklist, in a starred review, called it 'as graphically distinguished and creatively novelistic a graphic novel as has ever been...a classic of the form.'